The Social Security and Tax Number System will be introduced.

Click here for details of the Social Security and Tax Number System. 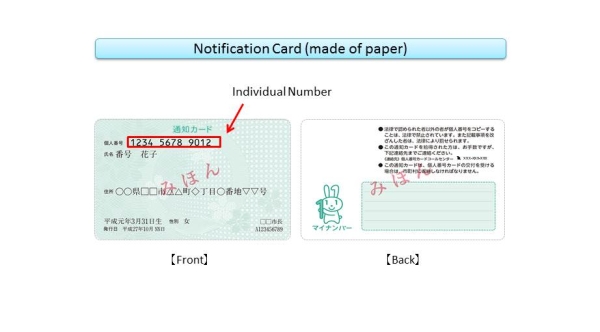 Each year sees more and more foreign nationals entering and living in Japan. This has increased the need for a system where the municipalities can provide the same basic administrative services to foreign residents as they do to Japanese nationals.

Therefore, in order for foreign residents to be included in the Basic Resident Registration Act in the same way as Japanese nationals, and to rationalize the administration of municipalities and make life more convenient for foreign residents, the Law for Partial Amendments to the Basic Resident Registration Act was enacted at the 171st Diet session, and promulgated on July 15, 2009, came into effect on July 9, 2012.

Note that a move out notification will also be required when moving overseas.

Who is covered by the Basic Resident Registration System?

The following foreign nationals legally residing in Japan for more than three months (Tourists and persons who stay in Japan with a status of residence of "temporary visitor" are exempted)will be listed on the Basic Resident Registration. The person, however, must have established and maintain a residence in the municipality where the registration takes place. 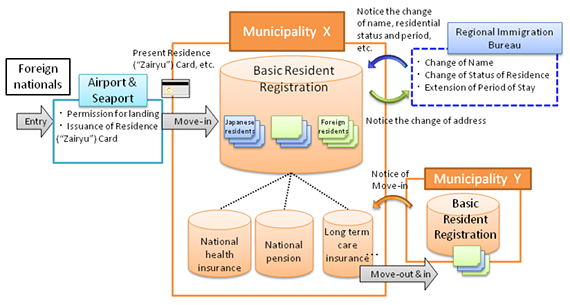 Besides the change of address, the Alien Registration Act also required foreign residents to notice any other changes in personal information (name, status of residence, period of stay) to the municipality where they reside. Since those changes are made at the Regional Immigration Bureaus, foreign residents were required to go to the Regional Immigration Bureau first and then to their municipality to submit the notice.

The revised Immigration Control Act requires foreign nationals to inform the Minister of Justice of their addresses via the mayor of their municipality. This procedure is considered to be completed by submitting the move in/change of address notifications. The municipality then notifies the Ministry of Justice of the new residential information obtained through these move in/change of address notifications.

For procedures related to foreign nationals entering or residing in Japan:
Immigration Bureau of Japan website